The Irish Car Bomb, otherwise known as the Irish Shot, Irish Slammer, Irish Bomb, and Dublin Drop, is an extremely popular boilermaker cocktail. It’s a delicious mix of Guinness Stout, Bailey’s, and Jameson whiskey that’s commonly drunk in America for Saint Patrick’s Day, but there’s no reason why you shouldn’t enjoy it on any other day.

The Irish Car Bomb is one of the easiest cocktails to make, as it requires only three ingredients; beer (preferably Guinness), Irish cream, and whiskey. You only have to submerge the shot glass with the cream and whiskey in the beer and drink.

Let’s take an in-depth look into the history of this beloved drink, the controversies, and why you should enjoy it (responsibly) on an appropriate occasion. 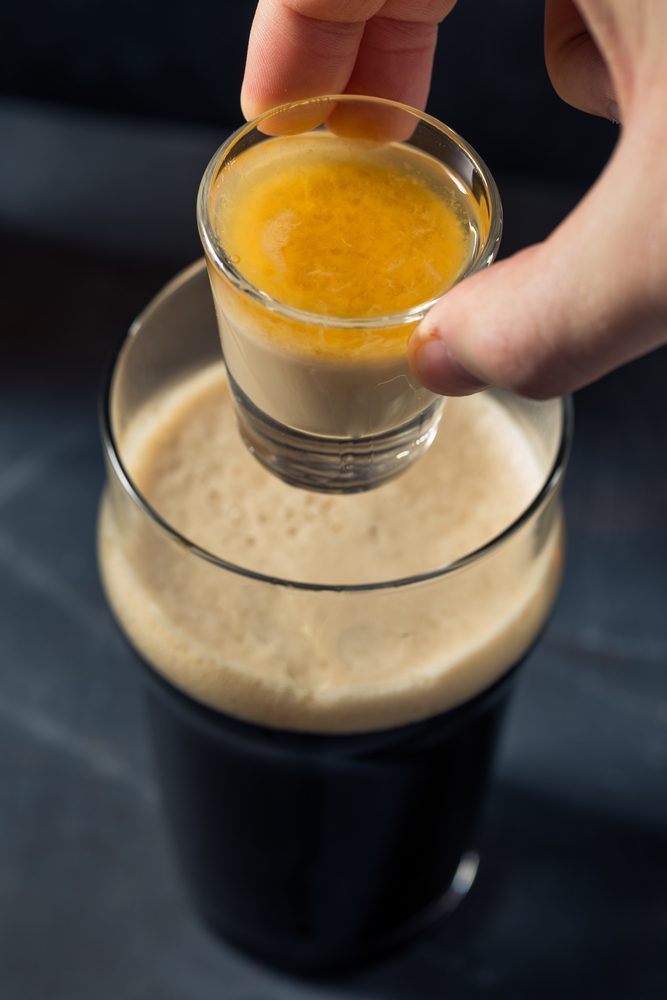 The Irish Car Bomb was first made in 1979 by Charles Oat, the owner of Wilson’s Saloon in Norwich, Connecticut. The drink actually has its roots in an earlier cocktail, called the Grandfather, which consisted of Bailey’s and Kahlua, and provided a deep, delicious taste.

Even though the Grandfather was a delicious drink, Oat and his drinking friends felt that something was missing in the drink, something that would provide a real buzz. Thus, Oat decided to add Jameson to the mix, which proved to be a splendid idea.

As Jameson is poured into the mix of Bailey’s and Kahlua, it reacts with it and boils up, much like an explosion. This prompted Oat to comment that “the IRA just showed up”. Thus, the drink was dubbed the IRA and provided its drinkers with a lot of good time.

Sometime later, Oat was drinking IRAs with his manager when a seemingly silly idea popped into his mind. He suggested dropping the shot of the IRA into a semi-full glass of Guinness and downing it at once as a shot.

Dropping the shot into a glass of Guinness creates another small explosion, so Oat and his companion dubbed this new concoction the Irish Car Bomb, or the Belfast Car Bomb, depending on the company they were in.

The idea proved to be far from silly, as the drink was widely enjoyed and appreciated. It was slowly spread across America by the Navy personnel frequenting the saloon. However, it wasn’t until later, in the late 1980s and 1990s, that the drink truly took off and became widely popular.

During that period, the Guinness corporation started an aggressive marketing campaign that popularized Guinness across America, and with it, every and any drink that used it as an ingredient. Nowadays, it’s a staple during Saint Patrick’s Day celebrations in America and is enjoyed by many people. 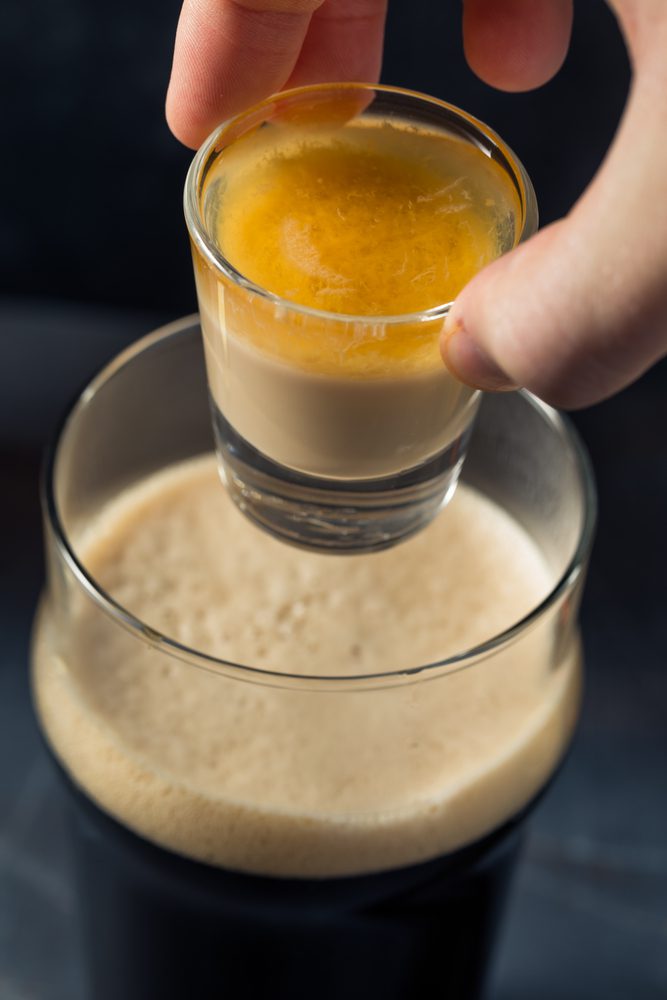 Even though the drink is extremely popular and well-loved in America, that is not the case everywhere, especially not in Ireland and England. In these countries, particularly the former, the drink brings back not-so-pleasant memories of the Troubles, a decades-long conflict in Northern Ireland, waged by the Irish Republican Army and the British Army.

Car bombs are especially notorious in the context of this conflict, as the IRA frequently used them in bombing attacks that took the lives of many civilians. Naturally, the memories of these events are not fond ones for many people in Ireland, and ordering a Car Bomb in an Irish pub will give you weird looks at best. At worst, you can even get a black eye.

So, if you find yourself in Ireland, it is best not to try to order the cocktail, no matter how tempting it might be to try it in Ireland, made from the highest-quality ingredients. You might think you’re paying a tribute, but you’d most likely just stir up problems.

This topic’s controversial and sensitive nature has led to attempts at rebranding the cocktail. It’s now often referred to as Irish Shot, or Irish Slammer to rejuvenate its reputation.

Naturally, even the companies that produce the key ingredients, Jameson, Bailey’s, and Guinness, don’t mention the drink, as it would be really bad PR and bad for business. Even the creator of the cocktail claims that car bombs are only cool in the bar scene and not in the real world.

However, the negative reputation doesn’t have to deter you from enjoying this cocktail. It’s delicious and guaranteed to give you a good time. Just be mindful of the negative connotations of its name.

What’s in an Irish Car Bomb? 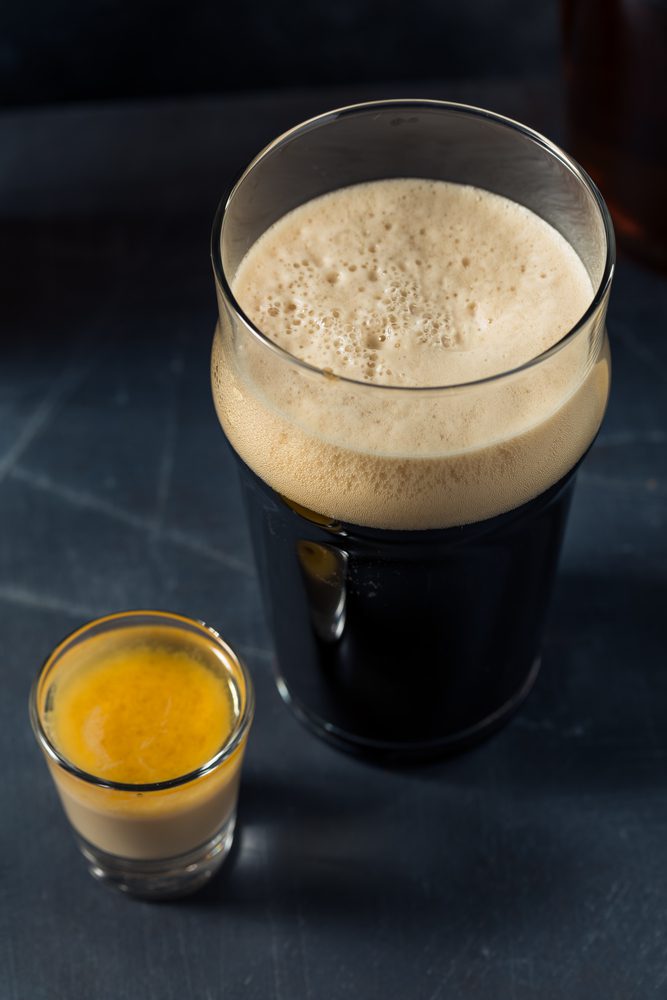 The original recipe included Kahlua, a rich coffee liqueur. However, this ingredient is mostly omitted nowadays, probably because it’s not Irish, but rather Mexican. This fact didn’t seem to put off the Car Bomb’s original enjoyers, so you wouldn’t be in the wrong if you included it.

The modern Irish Car Bomb comprises only of three ingredients; a cream liqueur, a stout, and a whisky. The most common options include Irish Stout and Bailey’s Irish Cream. Jameson’s Whisky is also the preferred choice for an Irish Car Bomb.

Of course, if those ingredients are not available where you live, or if you’re aiming for a budget version, you can opt for products from other brands, as long as the key ingredients are of the same type. You’re going to need a cream liqueur, a stout, and a whiskey, and the brands may not be so important.

Jameson was often substituted for American whisky, which was more widely available in its early days. If the original creators and consumers of the cocktail weren’t that picky about the ingredients, you shouldn’t be worried if you lack any of the ingredients on this list.

If Jameson, however, is not your whisky of choice, you can opt for some other brands, such as:

Thankfully, Ireland has given us an astonishingly wide choice of whiskey products, so if Jameson is not your cup of tea, you can easily browse to find a whiskey that is perfectly tuned to your liking. Remember that Irish whiskey works best for this drink, so if it is an option, include it in your Car Bomb for the best results.

The combination of Jameson, Bailey’s, and Guinness is recommended as it is proved to be the favorite of most fans of the cocktail, which means that you’ll probably be a fan of it as well. Give it a try, and if you’re still not a fan, swap out the Jameson for a different whiskey.

How To Drink an Irish Car Bomb 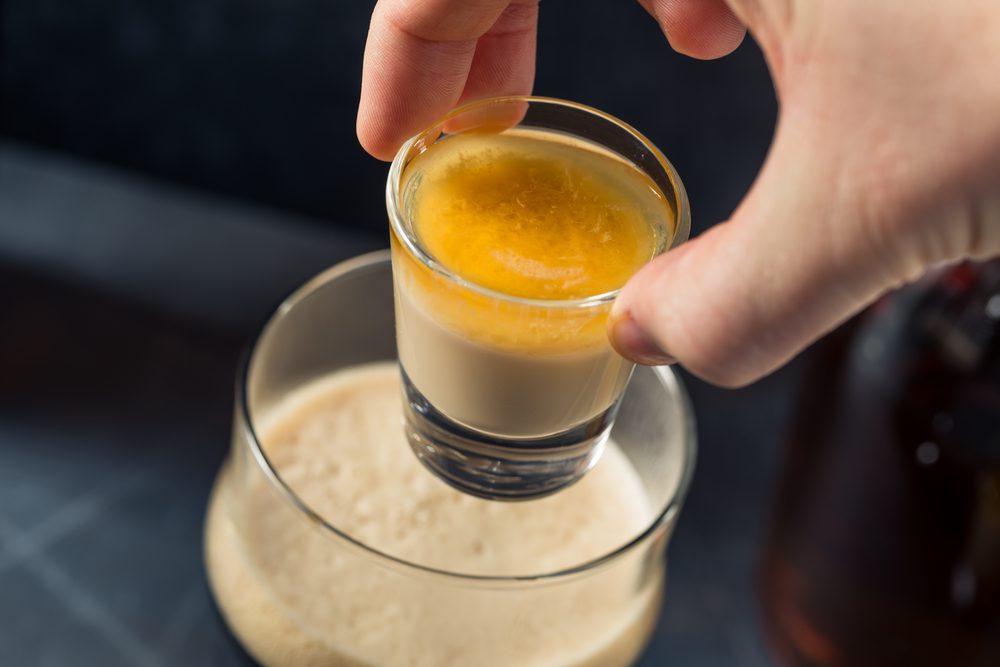 You should simply drop a shot of Bailey’s and Jameson into a semi-full glass of Guinness and drink it quickly, preferably in one shot. It is also best to serve it cold, with ingredients straight from the fridge.

The IRA is a boilermaker, which is a type of cocktail that usually consists of a shot submerged in a glass of beer, which the drinker then downs quickly. The biggest appeal of this style of drinking is that it is very fast-paced and a lot of fun, especially if you’re with a lively group of people.

The Irish Car Bomb turns this up a notch, as it really doesn’t leave you any choice when it comes to your drinking speed. The cream in Bailey’s will curdle up if it stays in the whiskey longer than a few seconds, so if you don’t want to down a clump of cream in your Guinness, you really have to slam the Car Bomb down in one go.

This cocktail adds a fun element as it “explodes,” which keeps you and your company entertained, adding to the already raucous atmosphere of Saint Patrick’s Day or any other celebration.

These properties make it the perfect drink for big parties and celebrations when you want to heat up the atmosphere and consume something quick and really, really strong.

Some drinkers who want to speed up the process even more pour Bailey’s and Jameson directly into their Guinness. This works just as well, and we guess that there’s no change in the taste, but it does get rid of a lot of the fun that the cocktail provides.

Thankfully, you don’t need any special equipment to enjoy a nice Irish Shot. As long as you’ve got a standard pint glass and a shot glass, you will be good to go. You could probably get away with using even a common plastic cup, but this can compromise the taste of the stout, so it’s perhaps not the best idea if there’s any other option available. 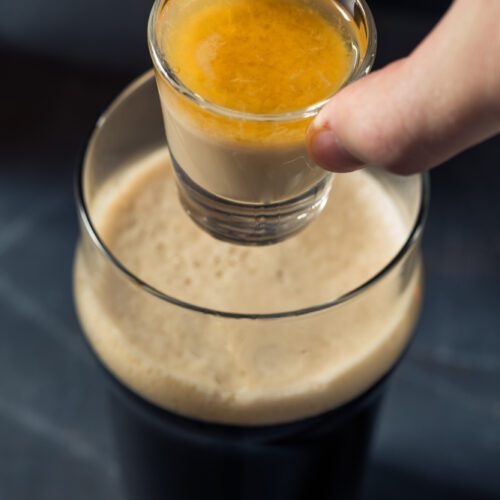 The Irish Car Bomb cocktail is an excellent choice for any party where you wish to turn the rowdiness up a notch and have a great time. The key ingredients are Jameson, Bailey’s, and Guinness Irish Stout, but you may experiment with the ingredients to see what suits you best.

Be aware that the name of the cocktail is controversial in Ireland and Britain, so if you find yourself there, don’t order it, especially not under this name. Even if you’re in America, you can refer to it by other names, such as the Irish Slammer.

The Cherry Bomb Shot is another fun shot similar to the Irish Car Bomb. Be sure to chug this cherry flavored cocktail quickly.

Jungle Juice is the perfect make-ahead cocktail for any party. The fresh fruit and juices tone out the alcohol and bring this drink to the next level.

This fun and delicious party shot will be sure to raise some heads and be something to remember. 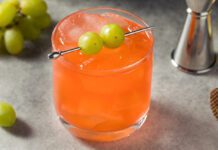 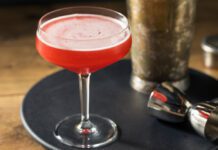